VIALETTERS FROM HULL HAVE HAD A SUCCESSFUL YEAR OF PACKED OUT SHOWS, PLAYTIME ON BBC INTRODUCING AND NEW MUSIC. AFTER DOMINATING THE LOCAL MUSIC SCENE, THEY ARE EXPANDING THEIR HORIZONS TO REACH A WIDER AUDIENCE WITH THEIR ADDICTIVE TUNES.

I caught up with Ollie from VIALETTERS  to chat about the band, influences and inspiration behind their music, and what they’re up to over lockdown.

Hope you’re doing well, first off, how did you form as a band, and how did you come up with your name?

Thank you very much, cheers for having us. We really engage with the romanticism of how we formed, it was like a really cliché American high school movie ending, we swamp it with a bit too much nostalgia sometimes rather than reminisce on it intellectually but that just adds to its cheesy-ness. 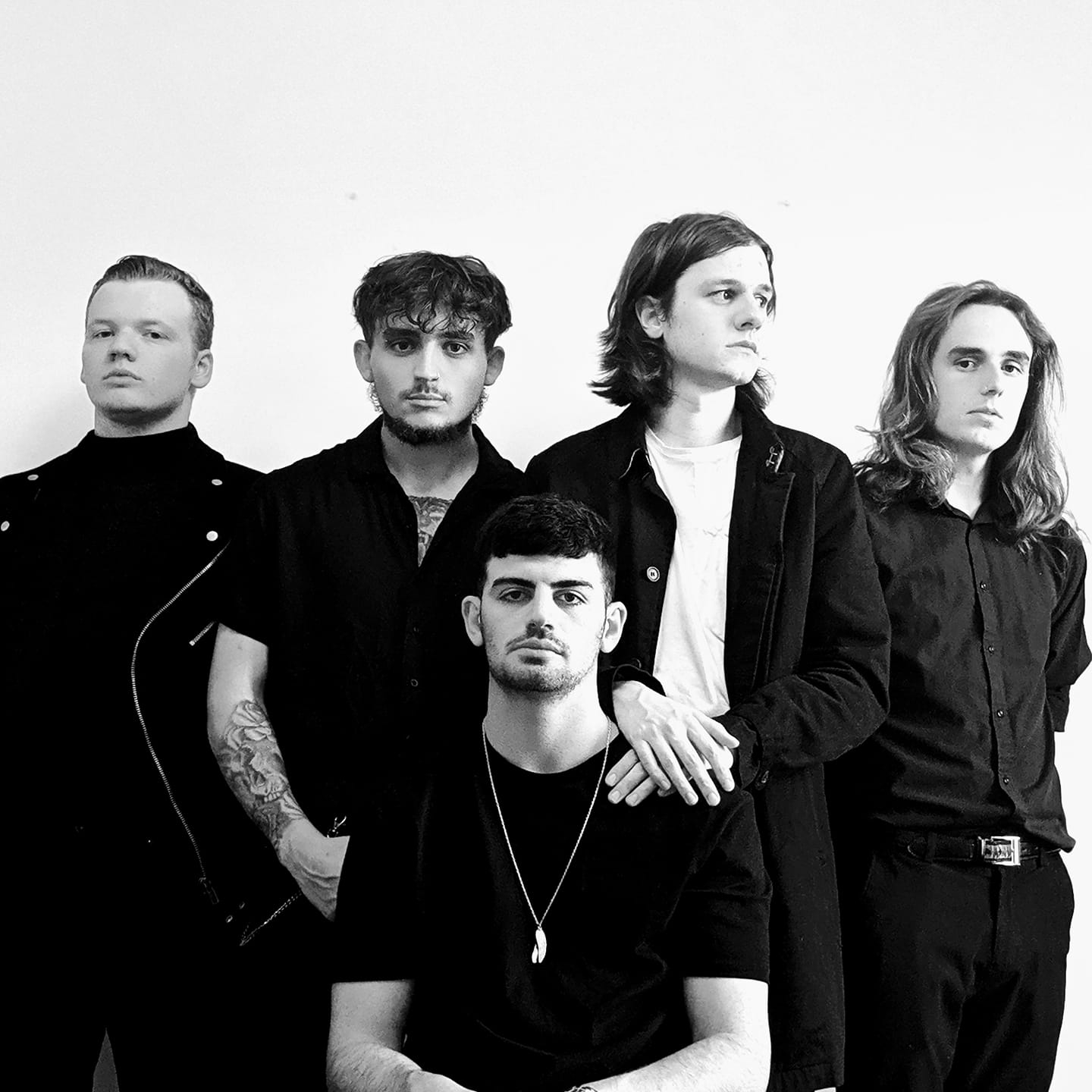 We used to stay behind at school in this band room, this one teacher called Mr Nicholson stayed behind with us EVERY time just doing his own thing in another music room cause he loved classical music, just so he could say we were “supervised”. Our school had a really bad year in our final year, and as a result one of the teachers asked us to play the prom, which when you are 16 is the ultimate fantasy cause you’ve seen it on so many teenage films, I think she just put us on to boost morale to be honest. But playing to literally everyone you’ve ever known for the past 6 years, some of them the majority of your whole life, was the closest any of us got to feeling “perfect”. We just played a set of rubbish covers but everyone was up on the dance floor just helping us out by cheering us on. As soon as we finished it felt like the curtains should of shut and the credits should have rolled, I’m sure everyone has forgotten about it by now, but it’s how we started in our rawest form.

Since then we just played in band rooms and kept ourselves to ourselves, no one knew who we were for ages, we just played for ourselves and I really like that authenticity about us. The name I just found from something written in my notes “things not said through words will be told via letters” I don’t know what it means or why it was there.

Who were your biggest musical influences growing up and have they changed over the years?

I can only speak for me really here rather than the other guys, we’ve all always been proper music nerds for ages and listened to all sorts, so it has changed every day since we all met. I remember in 2013 Elliott (guitarist) really changed how I viewed modern band music. I hated that all we ever used to play were those really generic overplayed indie covers of Arctic Monkeys, Kaiser Chiefs, Kings of Leon, and I never really fell in love with any of them because they were so anathema to what I wanted in music. The basis in which I judged it was did it make me feel anything to the point I said “pwoarrrr”. And when you’ve played Dakota by Stereophonics over 100 times in a band room that feeling wears thin, so I just stuck with the music I was into when I was a kid which was Jimi Hendrix and Frank Turner, those two were very much symbiotic in my iPod and musical upbringing.

In 2013 Ell introduced me to Catfish and The Bottlemen, Foals and Cage The Elephant and the first album from The Black Keys, so they very much soundtracked my mid teens alongside with 1975’s self-titled first album, Peace’s In Love album, Wolf Alice released stuff a few years later. That was when we were still playing covers and we just wanted to be like all of those from 2013 until about 2016, that was peak ‘band room in the hipster area of Hull’ era.

Nowadays I think because we have such a diverse music taste between the five of us, if we sat down to decide our influences I think we would be sat arguing for ages. I think nowadays we are very much a reflection of our local live scenes. We watch A LOT of live music and it has been our education since we wanted to bring Vialetters out of the band room to this point now. We think about how we sonically want a song to be because that’s what we would like to see live. We wrote Genera to purposefully not reflect our live scene to sort of elaborate that, if that makes sense. It was so obviously different to what we have learnt to emphasise what it is we have been influenced by.

You released Ulysses earlier this year, what was the inspiration and story behind the track? And how have you found the reaction to the single?

We write our music to sound track our lives, we write a movie soundtrack without it sounding like a movie soundtrack basically. Ulysses is a good example of this, it’s about a convo me and my mate had on a train coming home once and we were just sat listing our flaws and stuff, and it was just this massive release of a conversation and that’s all the song is, a conversation. It was always going to be an anthemic, big room guitar piece, so we took it to the band room without messing about with it on our laptops like we do a lot of the time, and it sort of just crafted itself within a week and we went with it.

The reaction’s been immense, it almost feels as if a ‘plan’ has worked. We wanted it to be this live anthemic piece that had the crowd finding their own release in the chorus, and that’s what we’ve got back when we played it live. It’s a real moment in the set where there is a hundred people in your home city just belting out those lyrics. Which is always what it was meant to be.

How would you describe each other in one word?

What have you been doing as a band during lockdown to keep creating music and keeping in touch with fans? Anything we can expect from the band in the next months?

We’ve just been doing all the admin stuff we are really rubbish at usually. We have a new line of merch coming out. We have always written loads and loads and loads of songs so still keeping them rolling. We want to get a mailing list going so we can have more contact with fans. And we are also looking into putting together our first E.P for Vinyl release.

Because of lockdown a lot of upcoming artists are struggling to get recognition, do you want to shout out any of your fellow creatives that we should check out?

Thanks to the lovely VIALETTERS for having a chat with us! If you enjoyed learning a little bit more about them and their music you can find them on socials, over on Instagram, Twitter and Facebook, and listen to their latest single, Ulysses below.