Thomas Headon aka ‘disco tony’ is a young artist taking on the challenge of helping fans through lockdown. If you’ve been living in a bubble (although aren’t we all at the moment…) you may not know who Thomas Headon is, so let me talk you through it. 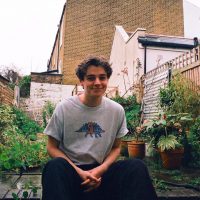 After his headline London show was postponed due to the virus he has dubbed “rona” he has entertained his fan base with daily livestreams.
These have proven to be pretty novel, with everything from Q and As to a 300 player game of Kahoot. He’s used every method possible to keep interacting with his fans, from social medias, to Club Penguin to Omegle, even sharing unreleased tracks via his mailing list!

On the 27th March he also released his debut EP “The Greatest Hits” featuring six tracks, including Grace, Car Window and Butterflies. In that Sunday’s stream he showed the music video for Butterflies which you can watch below.

this is so cute https://t.co/s7TSULJwCI

Since his headline London show sold out so quickly that it got upgraded, Thomas has announced shows in Manchester, Glasgow and now Birmingham.

lockdown loft: Is the Music Industry coping in Lockdown?