This article is a collaboration with Han from The Sound Blog, click here to read her linked post!

There is no doubt that lockdown has had a massive impact on every part of our lives. But, due to the dependency on live events and social interaction, the music industry has been affected massively, both on a worldwide, and local level. Whilst the disruption for bands and creatives has been massive, with gigs, festivals, and album releases cancelled, it has been truly amazing to see how artists have risen to this challenge of these unprecedented times. 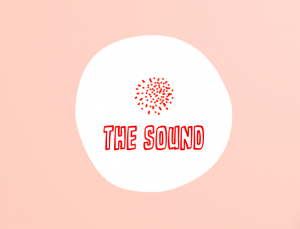 So, how is the music industry coping? And how are creatives staying relevant at a time where many are scattered around the country? With the help of digital media and lots of originality, many artists are thriving from a whole new sense of community with their fan-bases. They have been putting out  new content in new ways. Here I’m going to shout out three of the creatives that I’ve noticed who have really succeeded in connecting with their supporters. Now, more than ever it is so important to support bands and artists – you can do this by listening to and buying their music, buying their merch and generally spreading the word about them on social media. This is the time for music to transform, not die.

Facebook
Twitter
Spotify
Instagram
Yungblud has always put an unbelievable amount of time and effort into connecting with his fans. Although he grew massively in a rather short space of time, his priority remains to create a family of people that follow an ideology of love and hope which is central to the Black Hearts Club.
Whilst he is in lockdown with Adam Warrington (guitar) and Tom Pallant (photographer) he has been putting out lots of great content. This has included two episodes of the Yungblud Live Show and partnering with YouTube to create a Stay Home With Yungblud series. Not only that, but he has released his first single of the next EP, Weird, which talks about how we are in a weird time of life, definitely relevant right now.

After the success of their self-titled debut album that was released in February, the band were scheduled to tour last month, with some of their biggest shows yet. Even so, they have not left fans without quality content, they have been putting on daily live streams and activities to keep connected and to add some positivity to lockdown. April saw the release of their latest single, Worse, with a time-travelling music video featuring some of the cast of Wizards of Waverly Place and High School Musical. Fans took part in quizzes, follow sprees, TikTok challenges, and a very special stay at home Music Video Premiere with a dress code of the 1960s, 70s, 80s, or 90s to match the video.

What do you do when your headline tour gets cancelled? Well, The Covasettes decided nothing would stop them and instead created The Covasettes Virtual Tour, replacing each tour date with a challenge: to revamp one of there songs in a new way, and they tried everything! The tour featured an Acapella version of Twit Twoo, a ‘Chill AF’ remake of Top Drawer, and they even tried recreating Like You on one guitar! It was a refreshing way to give supporters new and original content, but in an insightful and entertaining way and it was met with a great reaction from fans! My personal favourite was seeing them re-record their latest single, Spin that they had worked on for 6 months, in 60 minutes; the skill of the band is shown by the fact it is still pretty incredible!

So, what can the music industry learn from this whole experience? Well, I think lockdown has created a massive sense of unity, with musicians coming together to find ways to interact and connect. The concept of online concerts has brought down barriers that we may not have even realised were there, I’ve watched ‘live’ concerts online with fans across the world that I most likely would never have interacted with in a physical concert setting. I think we all thoroughly miss live gigs, with the waiting, the sticky floors, and sweaty dancing, but I hope that after lockdown is over we grow this newfound ability to truly connect.

Thanks for reading! You can check me out on my socials on Instagram and Facebook, and follow my Spotify if you want to explore my music taste. Again, this was a collaboration with This Sound Blog, you can find Hannah’s post here: