4 Minutes Later are an internet born Alternative pop group, since their launch in early 2018 the group have remained anonymous whilst gaining a large following online, I caught up with them about their latest music, and how lock down is treating them! (and no, I don’t know who they are either…)

Hope you’re doing okay, how are you finding lock down?
Even for the biggest of introverts this must be trying times, but it is completely necessary. People’s health are at risk, and it’s our duty as human beings to come together. Everyone has an important role to play right now. Yes staying home might not be as sexy as creating the cure but it is all a team effort.

For us, we are trying to be productive writing music and working on ourselves. It is important we are together during this time despite being physically apart. Check up on friends and be there for each other. 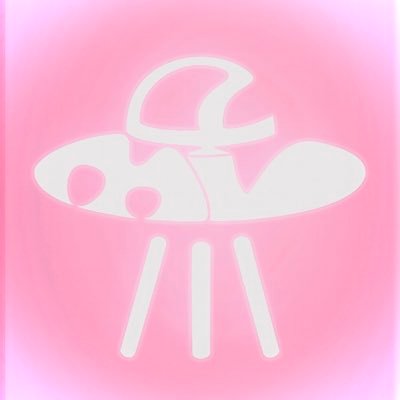 You’re currently an anonymous band – what a mega concept! Have there been occasions where you’ve almost given away your identity? Are there any cool fan conspiracies about who you really are?

The closest call we had was when one of us accidentally Instagram called a fan by mistake when they dropped their phone. Luckily he hung up before anything was given away!

There are tons of great conspiracies out there! Some are close, some are way off but that is the fun! A few of them, especially at the beginning, were hard to break free from. We would do something or post something and a fan would find a way to link it to their conspiracy. At some points it felt like there was no getting away from being called this band or that one. What is most important to us is the music though! If the music is good it’s good, if it’s not, it’s not. There is no pretty face to hide behind… it is a different vulnerability.

What inspired the logo and the aliens?
Psyry inspired. He is not around all the time but does have a knack for the theatrics.

However there are a lot of interesting stories out there.. I find most people would agree that they believe there are some other life forms living in our universe. What is most fascinating is the reports that they are actually living alongside humans for years. The story of Valiant Thor comes to mind. We recommend a google search on him if you don’t know! It also symbolizes that we are all aliens… we only occupy this planet we don’t own it!

If you were an alien (maybe you are…) what type would you be and what would you call your planet(s)?
Language is an interesting concept and only useful if you understand what is being spoken. Psyry has claimed to be from the planet Mercury, although I’m sure it has many names, that is that planet’s Earth name. Sometimes dealing with Psyry feels like you’re dealing with Yoda you know? Trying to enlighten you, but as mentioned he also has a flair for the theatrics.

What are you listening to during lock down? Any recommendations?
Luckily there is no new music shortage! CALM is a great album. I had  to learn Lover of Mine on guitar when I first heard it. But to be honest we rock our own Spotify playlist a lot. Those are songs we are currently listening to. You can find Area 51 playlist off our Spotify page. Dua Lipa’s new album is like a trip back in time as well and is great!

We also jam the 4ML songs we have coming out later this year, and not to mention a private demo link we recently shared with fans, a ballad called ‘Nicotine’.

If you had to design a 4 Minutes Later themed tattoo for a fan what would it look like? (feel free to try your art skills out…)
We honestly put some thought into it while designing our spaceship logo! Tattoo culture is huge; bigger than it has ever been. We looked at the 1975 box logo and how a lot of people have that tattoo; and if you don’t know The 1975, you have no idea what that box symbolizes.

I feel like we accomplished that, it’s a spaceship, but for those who know, it is a lot more! I’m sure we will have that tattoo by the end of our first tour. The best tattoos for “band or logos” are simple and clean but have lots of meaning!

You released your self-titled EP, Four Minutes Later last year, how would you describe each track of the EP in a GIF?

Can You Feel My Bones

If you want to check out 4 Minutes Later on their socials you can do here, on Twitter, Facebook, and Instagram, where you can find an exclusive link to the demo of Nicotine they mentioned!

lockdown loft with The One Eyed General’s Bandit